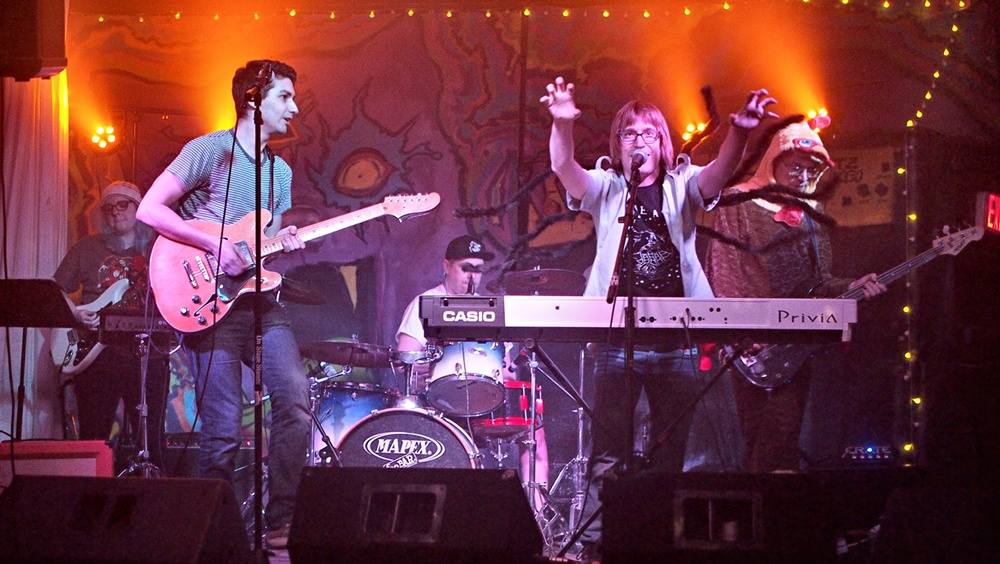 Nuclear Bubble Wrap is an alternative rock band from Nashville, Tennessee. Their songs tend to span a variety of subjects, poking fun at pop culture and using excessive amounts of wordplay. Although most of their songs are original pieces, they also occasionally do song parodies, and have targeted such acts as The Beatles, My Chemical Romance, and Green Day.

Nuclear Bubble Wrap formed in October of 2004. Since then they have been played on the nationally syndicated Dr. Demento Show, played at various conventions around the country, and have had a few hit music videos on the Internet, including "ScientLOLojyuuichi (Tom Cruise vs. The Internet)" and "Avada Kedavra." They are also currently members of The FuMP.com (The Funny Music Project) and regularly post new releases there.

The band firmly believes that humor has a place in music and strives to create well composed pop songs that can also make people laugh.

Lizards in the Sky (Live at FuMPFest)

A Rowling in Time

The Fault in Our Death Stars

Creating Drama for the Wolves

Let There Be Light

Banjo's Gonna F*** You Up EXPLICIT

What Time is It? (Adventure Time)

Lizards in the Sky

The Halloween That Came Before November the First

I Never Go to Work

In Space No One Can Hear You Scream

Food Belongs in Me

Holes in the Fort

This song has been labeled "squick," meaning it potentially highly offensive. Log in to listen to this song, or click the Enable button.

Draining the Lizard on a Dead Gay Wizard