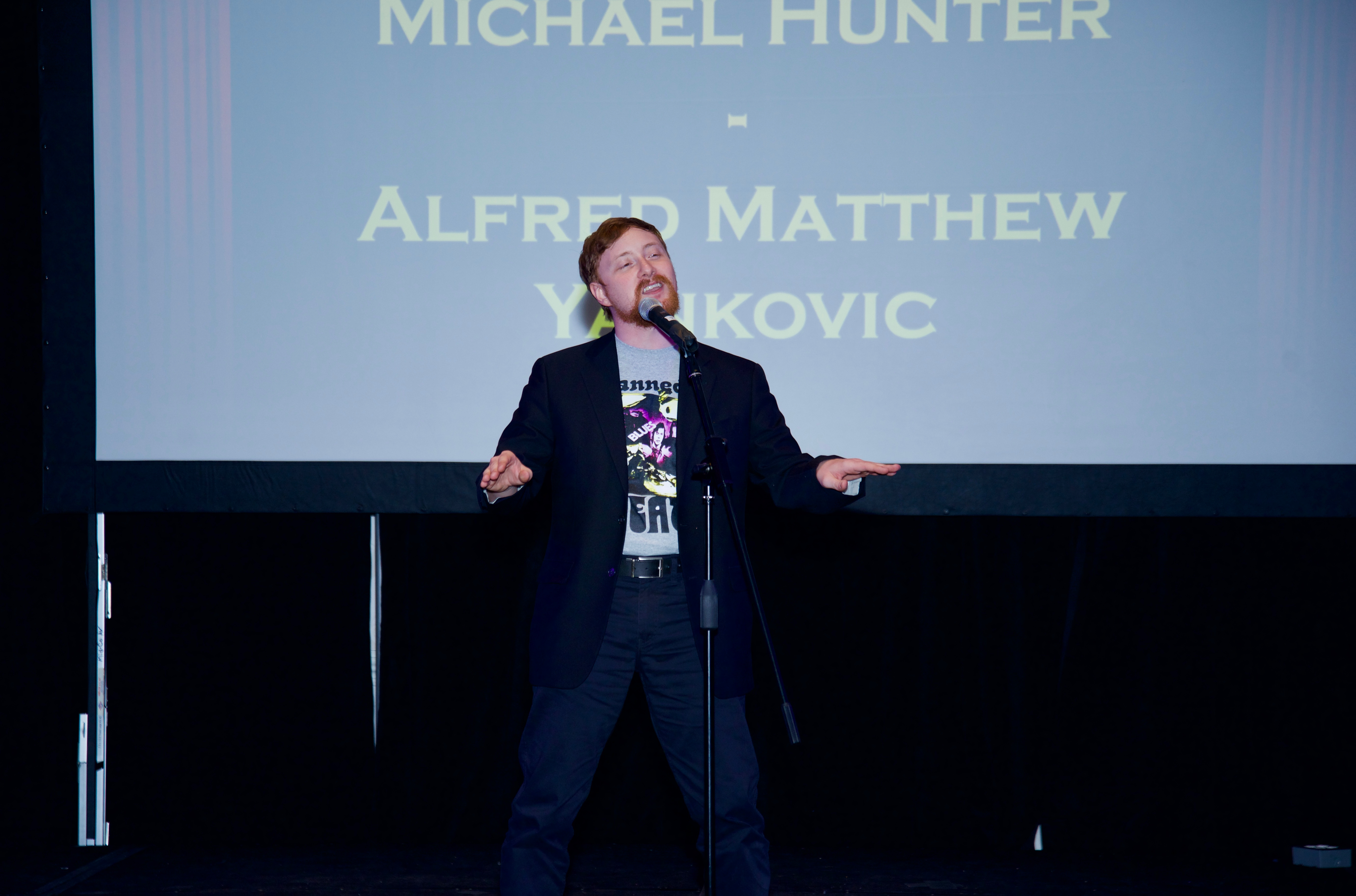 Michael William Hunter is an actor, a writer, a podcaster, and now a comedy song-writer. He's from the cold, harsh lands of Alaska and has spent his many winters inside his room consuming all forms of pop culture he could get his hands on. Now, he lives in Los Angeles and uses this knowledge of music, games and television to write song parodies of songs he grew up listening to. His first and most notable song he's done is "Alfred Matthew Yankovic" which is a song about the king of parody, "Weird Al" Yankovic, and also doubles as a parody of the opening number from 'Hamilton: An American Musical': "Alexander Hamilton". It ranked #2 on The Dr. Demento Show's Top 5 for March and April 2018 and reached #4 on Dr. Demento's Funny 25 of 2018. It also was nominated for a Logan Whitehurst Memorial Award for "Outstanding Parody Song of 2018". Michael was also nominated for the same Logan Whitehurst Memorial Award category for his Marvel Cinematic Universe parody, "Hey Marvel", in 2019. Michael also co-hosts a podcast about "Weird Al" Yankovic's music called "The 'Weird Al'Phabet", where they discuss every one of Yankovic's songs in alphabetical order, as well as a Homestar Runner-focused podcast called "Come On, Fhqwhpods!"

You're Tearing Me Apart (A Parody Inspired By 'The Room') EXPLICIT